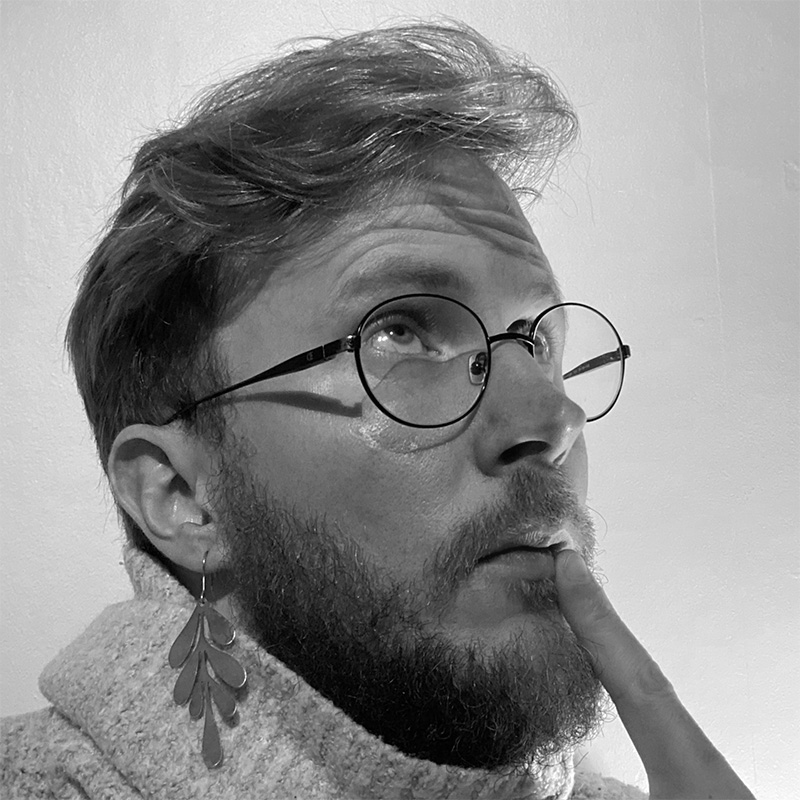 The kind of guy who like cutesy stuff like puppies and rainbows, is quite technically inclined and always curious to learn new things.

Story of my life

Technical program at the Sundsta-Älvkulle high school in Karlstad.

Spent 7,5 months in the forest with the army. Froze a lot.
Drove a bandwagon across all terrain. Shot fairly straight.

Worked at Burger King and Subway for a few years in Karlstad and Stockholm.
Kept my calm under pressure. Saved money for adventures. Can make a Whopper in 28 sec.

Traveled around Southeast Asia.
Got my tan on. Found surfing to be quite the challenge.

Took my bicycle to Spain and worked for food and accommodation at hippy farms.
“Found myself.” Also found my faiblesse for the French language on the way down.

Hitchhiked in Europe and studied French for half a year. Tried sporting dreadlocks.
Decided against that for the rest of my life. Still speak decent French.

Studied surface pattern design at the Formakademin in Lidköping.
Learned how to create patterns for silk screen printing and to print them on big fabrics by hand.

Went to Norway to work with fish. Ended up working at airports instead. Feared peak oil. Needed money to buy a lot of silver to survive the apocalypse. Did not make much money.

Worked at IKEA in Bergen. Stocked the warehouse in the morning and helped the happy customers empty it during the day. Eventually got tired of the constant rain and fled to Oslo.

Filled pallets to the brim stacking wine boxes like a Tetris pro at an alcohol warehouse.

Decided to study Intro to industrial design instead. Became disillusioned.

Worked at Smurfitkappa in Helsingborg. Designed corrugated in-store displays and packaging. Ate tons of candy samples and fed my Kongsberg cutting table all the paper it could ever want.